The Pluses and Minuses of Creativity

Hamslice has begun developing the neatest sense of humor and a interesting creative approach to problem solving. He is adding onto stories to create punch lines, and bringing the whole plot line to absurdity, which I enjoy immensely. Hambone rolls his eyes, but I suspect he gets it too.

But sometimes his curiosity and problem solving method go too far. On our trip to Michigan last week, Hamslice read a book called "Python Vs. Alligator... who would win" and it turned out that the Python can eat an alligator while the alligator doesn't like the taste of python.

This led to lots of discussion about what a python would look like with an alligator inside, and how long it would take to digest. Then there was a graphic and uncomfortable discussion about how it may or may not poop out the bones. 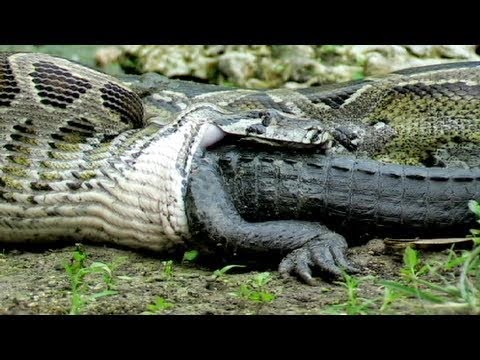 I thought that he was actually interested in python digestion, (which he wasn't but I'll get to that later) so I told him the story about the lady who had a python as a pet, and how one day the python stretched out from her head to her feet and just laid there next to her, which was unusual. She called the vet and the vet said the python was measuring her to see if he was big enough to eat her yet.

Hamslice's eyes about fell out of his head. I said that the python could eat a human just like it could eat an alligator. Then we talked about how the stomach of the python would dissolve the bones of her skull and then her brains and eyeballs would be just floating around in the snake's stomach. He was laughing at the time, but 3am the next morning told a different story. Lots of lights went on in his room that night. It turns out he was only interested in how a python would eat an ALLIGATOR, and not anything else.

The Funniest Guy in the Room

I remember my Mom telling me over and over when I was a kid... it's not really the best thing to try being the funniest kid in the room. It wasn't until I was an adult that I realized the wisdom in that statement. The funniest guy always goes a little too far just to get a laugh, while the second funniest guy in the room is the real comedian.

Fast forward to Hamslice in the second grade. This week Wednesday his best buddy J (the second funniest guy in the room) pulled Hamslice aside in the lunch room and said "Look what word I know..." and he wrote it on his napkin.

Ladies and gentlemen, this was the "F" word. Not a lovely F word like "Fabulous" or "Frankincense"  but the queen mother of all "F" words. And J wrote not just the F word, he also added its toady companion word "You."

Hamslice looked at the words on the napkin and decided (as the funniest guy in the room) that his required response was to read it as loudly and as many times in a row as he could. He then started pointing at people while shouting it, so several of the kids at school got a big "F... YOU" at lunch. Happy Wednesday, everyone.

And I will say that the call I received from the principal was not the most jovial conversation I've ever had.

Remember. Be the second funniest guy in the room. In this case there was a pretty stiff penalty for him as well, but he will still live this down before Hamslice.