We pulled Hamslice out of school. The day after my last post (that would be April 19, 2013) we had a meeting with the teachers, Principal and school therapist again. The "action plan" that the school developed for Hamslice was to hire a baby sitter to sit with him all day long.

Hambone and I said "Hell to the No" and pulled him out immediately. This means he hasn't been in school since April 12.

Since then Hamslice has blossomed into a new kid. His play style is now nurturing and friendly, he has been learning how to stick with projects and do tasks that he initially thinks are too difficult, and for the first time in a long time he's proud of himself. He is learning to play the piano, and he is playing chess like a master.

He is also talking for the first time about what happened at the school. He told me yesterday how the teachers would lock him in the cubby room (which is a fancy word for closet) for long stretches of time without giving him an opportunity to earn his release by calming down or by performing a proper behavior. They also put him in there without explaining to him how long he would be in there, so he was terrified. Isolated. Singled out.

He said that other kids in the class would throw tantrums like he did, but nobody else was put in the closet. I am horrified. mortified. terrified about putting him back in any school.

How could the teachers generate such an adult dislike for our son?  Man... he's 5 years old.

Monday was Hambone's birthday. We went out for dinner at Little Havana, like we do every Monday with the Ps. We're sad that the Ps are leaving for Malaysia in July, but we are enjoying them for now.

When they heard it was Hambone's birthday, they ordered cake and took some celebration pics for us. =) 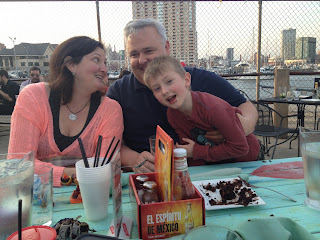 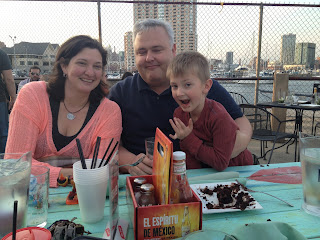 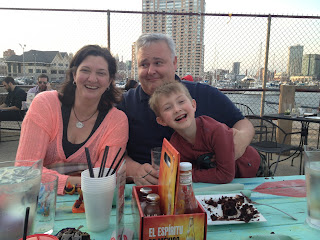 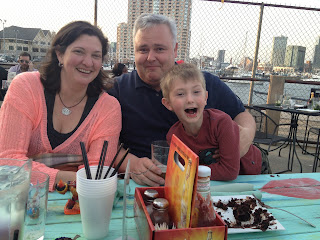 Posted by Editor at 1:57 AM No comments:

Last weekend Hamslice had one of his best friends come over for a sleep over. This was the first sleepover event for both of them, and it was a blast. 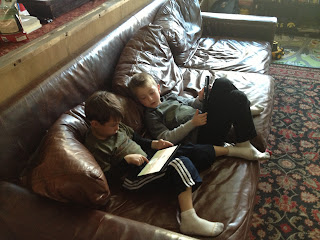 After dinner Mom thought it would be fun to roast marshmallows over the fire pit in the back yard, but of course I didn't have any in the house. The boys settled in with a move (Monster House) with Dad while I scoured all of Federal Hill for a bag of properly sized marshmallows. There were none in the entire area, but I did find some peeps that were left over from Easter in the CVS. It turns out they are delicious when roasted over a fire. =) 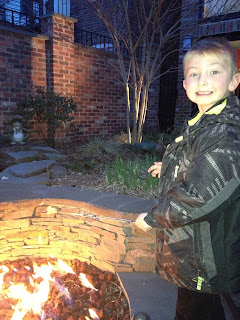 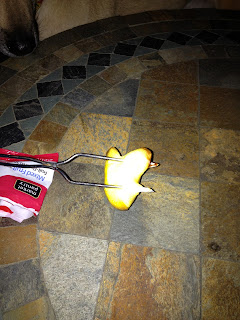 In the morning, these two best buds went for a scooter ride down by the harbor. They were both full of stunts and energy, and Elwood the dog was ready to keep up with the action! 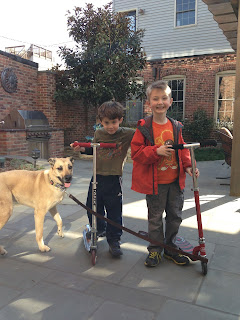 And then they settled in for a little more iPad time while we his friend's grandparents were en route to pick him up. What a terrific weekend, and what a great experience for Hamslice and his friend. 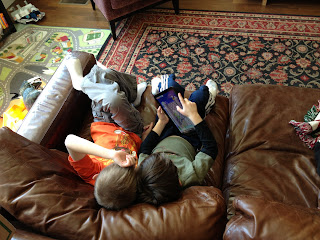 Posted by Editor at 1:48 AM No comments: